*Risk Investment Warning: Trading Forex/CFD & Options on margin carries a high level of risk, and may not be suitable for all investors.
START TRADING Read Review 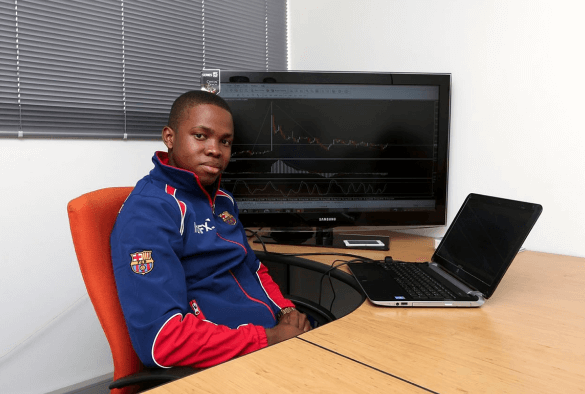 Louis Jr. Tshakoane or Kgopotso Louis Jr Tshakoane is one of the youngest and most successful Forex traders in South Africa. According to his profile, he is an investor, mentor, actor, prophetic Forex & Crypto trader, best-selling author and philanthropist. He is one of the most popular Vuzu Rich Kids. His father Louis Tshakoane Sr. is a former public relations officer of Kaizer Chiefs. Louis has a company called “Undercover Millionaires International” which is aimed at establishing a network of business people. The company also gives back to the community by providing South African youths a platform to showcase their ideas and supports them in the implementation of those ideas.

Refiloe ‘Ref Wayne’ Nkele is the founder of AFI (African Forex Institute) as well as the mastermind behind the AMG (Armageddon System) and Pipcoin (Africa’s first digital currency). Ref Wayne is one of the richest Forex traders in South Africa. Ref Wayne is known for his lavish lifestyle on Instagram. Apart from being a Forex trader, Wayne is also an author for a book called “The Art of Trading and Armageddon”.

Simz D’mandla is one of the most popular Forex traders in South Africa. He is the Founder and CEO of Trade4Africa as well as The African Millionaires Program. Simz is also an Entrepreneur, Philanthropist, Angel investor and Business Strategies apart from being a Forex trader. You don’t need to know Mandla personally to get inspired by his success of Forex trading.

Cashflow Ngcobo, whose real name is Jabulani Ndlovu, is a successful Forex trader and a retired Forex Coach. Popularly known as ‘cashflow’, Jabulani is a South African entrepreneur. He became known as one of the youngest millionaires in Durban, South Africa by the age of 27 and as the founder and CEO of his foreign trading investment, Cashflow properties. Jabulani ranks top among the successful entrepreneurs in South Africa.