At this very moment, and as you read this article social networks are being thrown under the bus for their blatant disregard for privacy and profiteering off their user network’s content and data. It’s a critical juncture where new, hungry startups are going to smell the blood in the water and come along with a solution that rights all the wrongs perpetuated by the likes of Facebook et al. Startups, like UHive, one of the UK’s freshest new social networks. In development for two years, and having already received £1.8 million initial investment, UHive is an innovative social network that is adding new features and experiences which existing social networks have lacked – think privacy, incentivized content creation, and a digital economy.

Compared to other social networks, UHive has been designed to truly feel like users are exploring a world. Navigating from space to space is a fun process in and of itself, and exploring these locations and pages spatially feels more natural and fluid than traditional navigation like scrolling and swiping.

According to its founders, UHive’s development was based on the study of human psychology, so on the one hand, UHive supports familiar social media functionality in its “Civilized World.” Here, users can find and join communities of similar interests, make and share posts, and in general do anything that fulfills the social drive to communicate.

The Grey World would not be possible, however, without safety and privacy being paramount to its existence. UHive was developed from the ground up with this in mind, by creating patented technology that monitors and moderates all activity on the network via the community itself, users can feel equally safe no matter which world they choose to explore today.

Any successful new social network must also be based on economics, so UHive utilizes its own built-in digital economy. That’s right, you’re able to sell, purchase, and trade within the network. The foundation of the economy is a currency called UHive Tokens which are built on blockchain technology. Users automatically get UHive Tokens from advertising revenue: the more people that visit and follow their pages, the more UHive Tokens they receive. Users also receive tokens for engagement on the app, measured by the amount of time they spend logged in as well as how often they post and share images and videos.

The network is also built to incorporate VR technology. This makes perfect sense given the set-up of UHive, where it feels more like exploring a world rather than viewing content on the typically two-dimensional pages of existing social networks. It’s already future-proof with Oculus, Playstation VR, Android Daydream, Samsung Gear VR, and other major VR technology compatibility built in. Which means in the near-future you’ll be able to easily view videos and images, post, share, comment, and explore the UHive ecosystem to your eyes, heart and mind’s content.

UHive will be released in beta Q4 2019, and is available as an early-access app right now on Android and iOS here https://www.uhive.com/download/ 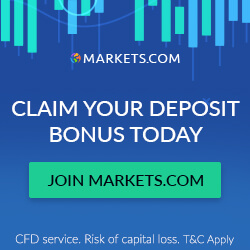 How the the following companies have always lead the world of on-line trading, JSE, Eskom, Nedgroup and South32. Get the Latest online trading companies in South Africa for 2019. Trade with our very own rand (ZAR) start making money online without any doubt start trading online. We have reviewed companies across the world and Mzanzi. Get the latest Trading coupons and deals. JSE is company that has been doing Trading on-line for years the company is located in the heart of Gauteng this company is for those who don’t need to trade for themselves because they require a trader to help them with their trading. Most people feel safe trading with JSE. But we guarantee you will get the same experience from our clients cutting edge systems that have all you need to invest. Fin24 also reported that Trading online is biggest industry that makes money in the world if you want earn R15000 day you start the journey of trading online in SA. You don’t need a stockbrokers if you can make money your self by trading at your own space and time with risk free indices, fy17, 1h18, 1h17 and money from our private(pty) and more many more. Africa is one of the richest continents in the world start trading and invest in the resource of your continent.

Trading Online it means selling assets and buying assets through licensed brokerage on internet-based trading platforms. Trading Online has exponentially increased in the years in the 90s, high speed computers made all that possible and internet connections.

The following can be Traded Online

Welcome to Online Trading we offer the best Trading Online guide in SA. We are free online Trading Guide in SA, get tips the best Trading platforms in South Africa. Everyone wants a little bit Rand besides their salaries guess what you have arrived to the correct place Trading online can help get R40 000 or more. But remember online trading is risky and rewarding too.

Stocks or shares refer to a small portion ownership of a company and shares are sold in order to boost funds for that specific organisation. Someone who holds shares is called a shareholder. Shareholders buy and sell shares via stock markets such as the JSE. Share prices change a couple of times throughout the day as SA traders buy and sell shares. Most shareholders buy shares when the rand is weak and sell them when the share price increases in order to gain profit.

How do I buy shares in a company in South Africa?

Investors can buy and sell shares online through online trading platforms and brokers listed on our website. Just visit our table and choose the best online share trading broker in South Africa.

South Africans can make money from online share trading through two main ways which are (1) Capital Growth and (2) Dividends. Capital Growth is when a shareholder sells his/her shares for a higher price than what they paid. Dividends refer to a company paying regular dividends to their shareholders. This is based on the amount of profit the company makes. You don’t need to sell your shares if you receive money regularly.

We use cookies to ensure that we give you the best experience on our website. If you continue to use this site we will assume that you are happy with it.Ok