Tyme Bank  has headquartered in Rosebank, Johannesburg. Tyme Bank business models is to avoid building  physical banks that has too much admin the bank is loved by innovative south African youth. The Android banking App is cored of the Business, an Internet Banking site and a partnership with two retail chains to host a national network of self-service kiosks that facilitate the account opening process. The Tyme bank services can be found in the biggest shops in South Africa like your pick pay and many more. This bank can be beneficial for online traders and Forex traders in South Africa where by you can simple manage your deposits and withdraw with very low cost.

Tyme bank was found by the South African genius slash self made billionaire Patrice Motsepe.

“Tyme” (Take Your Money Everywhere) was originally developed as part of a Deloitte Consulting project, funded by the telecommunications provider, MTN Group. It went on to become a stand-alone business in June 2012. In 2015, the Commonwealth Bank of Australia (CBA) acquired 100% of Tyme, and renamed the business Tyme Digital by Commonwealth Bank SA. On 28 September 2017, Tyme Digital secured an operating license from the South African Reserve Bank (SARB). It was the first full banking license to be issued by the SARB since 1999.

The name of the business was changed in November 2018 from Tyme Digital by Common wealth Bank SA to Tyme Bank Limited. 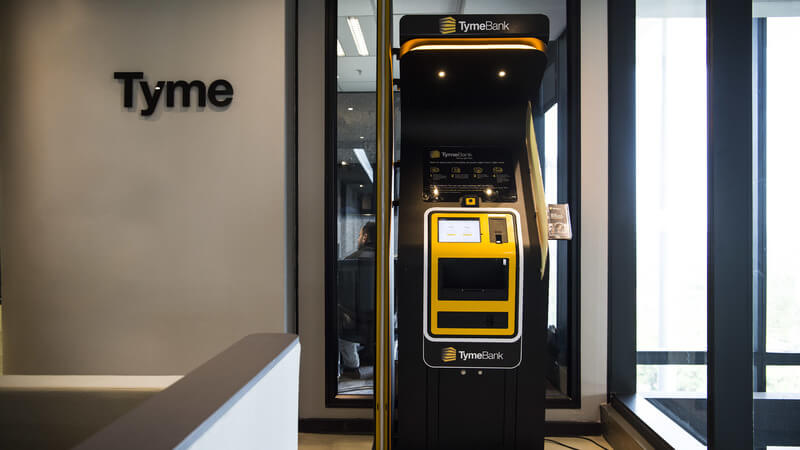 Tyme Bank soft-launched on 5 November 2018, allowing consumers to open a basic transactional bank account at a limited number of kiosks in Pick n Pay Stores as well as online.